Review of Sherlock Holmes: A Game of Shadows

In a nutshell: Cool filming, great intense music, plenty of sweet slow-mo action scenes, superb comical relief. Really though, I could do without the torture scene, yeesh.

I’m not sure if Arthur Conan Doyle really wrote Sherlock Holmes with smart-alecky Robert Downey Jr. and Jude Law in mind, but it worked. Plus Jude Law just has a cool name. And the English accents? Awesome.

The comical relief is really what kept up my interest. Law and Downey are hilarious (or should I say Holmes and Watson are simply uproarious). And yes, seeing Robert Downey Jr. wearing lipstick, blue eye shadow, and blush as he snuggles up next to Jude Law’s austere character, made me laugh. (You laughed too, admit it).

Also the camera shots of every detail that Holmes noticed, I LOVED. How cool would it be if Arthur Conan Doyle could see what his short stories about Holmes have become on the big screen? His stories from 1890 (or around then) have been produced into a huge, multimillion dollar film in 2011. So cool.

And no, I’m not too embarrassed to admit I came home and began acting like a detective.

Hmm, my pug Rufus looks guilty, and I see a hole in the dog food bag…What does this mean?

On a random note (which is kind of this whole post), did anyone else notice that Paolo from Friends was one of the gypsy guys? I kind of thought that was crazy.

What is it about these hopeless trios that are destined to end in heartbreak? Why are we so captivated by the angst and strife these characters must endure? (I know, I know, that sounded like it came out of romance novel. Which isn’t a bad thing!)

Here’s a couple reasons why I get sucked into love triangles:

1. I naturally choose someone I want to prevail. When there’s an odd number, you’re kind of forced to choose. Usually I feel terrible for one of them, but everyone likes choosing a team.

2. There’s so much at stake! Whose heart will be broken? The vampire or the werewolf? The humble gentleman or the black-leather-wearing bad boy? So many questions! No matter who the protagonist is (Okay, it’s probably going to be a girl, let’s be honest), when they choose their true love/boyfriend/supernatural being, it doesn’t come without a cost.

3. Usually the two suitors have some sort of dramatic face-off. Remember that part in Phantom of the Opera (I know we're getting into cinema triangles now) when Phantom traps Raoul? That was such an important moment. The phantom eventually released him, thus letting Christine and him live happily ever after—and we saw that the phantom really did have compassion. So yes, I like that spectacular moment when the two suitors confront each other and battle it out.

In my novel I have a few different love triangles that intermix with each other. I’ll do a post soon about the different characters and you can tell me your first impressions.

I’m fascinated by love triangles because you know there is going to be a lot of internal conflicts mixed in with the external conflicts. And it’s always scandalous, right? And I don’t mean that in a dirty way (haha).

What are your favorite love triangles? Who do you root for in these trios?
Posted by Heather Ostler at 10:59 PM 4 comments

Crabs in a bucket

Competition. Yuck. I hate being competitive. I know a little healthy motivation is good—but why the meanness, spitefulness, and negative criticism?

Remember the phrase “crabs in a bucket?” If you put one crab into a bucket it will easily be able to crawl out. However, if you put in a whole group of crabs, they will constantly pull one another down so that no one can get to the top.

Why do we often pull down others if they begin to succeed? I’ve been thinking about how this applies to the writing community. So often I see writers tear down successful authors. I always think to myself how strange it is. If I don’t like a novel, I might not read it, but I wouldn’t bash it. We don’t all have the same taste. We don’t all like the same genres—but that’s exactly why there are so many to choose from!

Also, why do people criticize novels that were not written for them? If you’re a guy who hates fantasy, romance, and mushy dialogue, then you probably shouldn't read that kind of novel. You’ll never give that book a fair chance, because, well, you hate that genre to begin with.

Most of my experiences as a writer have been so positive. But I have had those few mind-boggling moments when people give disapproval that has more to do with my choice of genre than my writing.

As authors we should try and help each other. We all know how hard it is to write, edit, and perfect a manuscript. And as friends and family shouldn’t we try to uplift and not tear each other down?

I’m going to try my hardest to work on this, because when it comes down to it, I just don’t want to be a crabby person ;).
Posted by Heather Ostler at 5:07 PM 4 comments 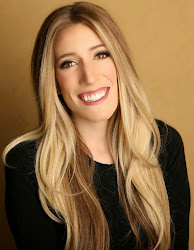 My name is Heather. I like rainy days, eating dessert first, and writing fantasy novels.
This blog is a little home for my thoughts on reading, writing, and the crazy adventures that come with it!
My fantasy trilogy, The Shapeshifter's Secret Series, is now available.

The Secret of Darkwood Castle

Buy The Secret of Darkwood Castle 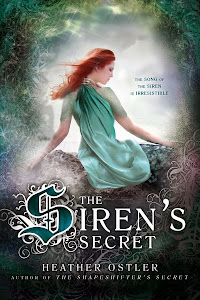 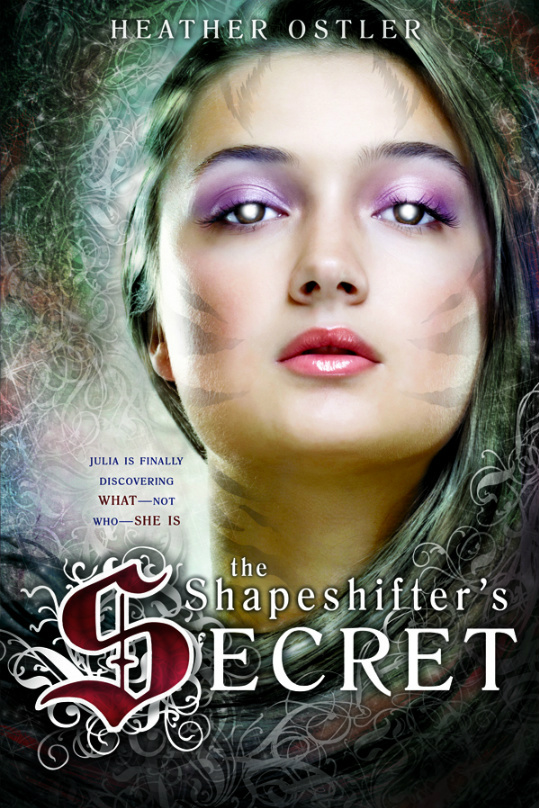